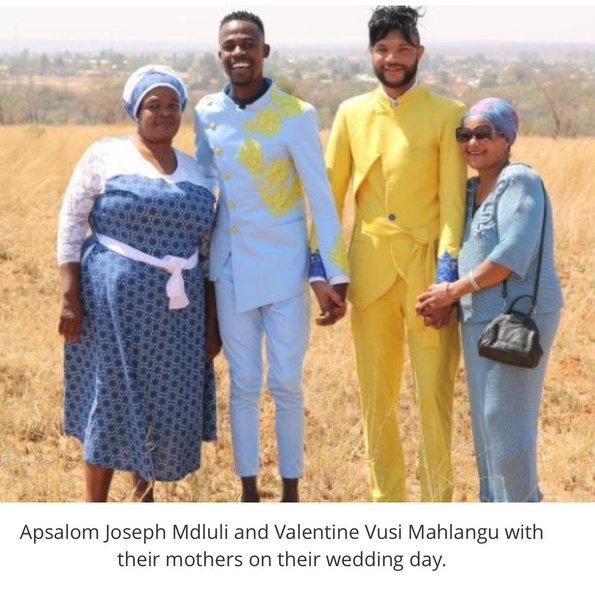 They may have experienced challenges in the first stages of their relationship, but in the end, love overcame for Apsalom Joseph Mdluli (29) and Valentine Vusi Mahlangu (27).

The couple, based in Kwamhlanga dated for seven years before they tied the knot in September last year. They met at a party Valentine had planned for a mutual friend.

“I was asked to meet a guy who was dressed in red halfway, and I spotted a yellow bone at the corner. We had a chat at the party, but he didn’t ask for my numbers. He got them from my friends. The rest, as they say, is history.”

They hit it off immediately and although it was a long-distance relationship, they were able to make time to see one another. Apsalom admits they did not introduce themselves as a couple to their families up until they got engaged.

“It’s funny how some elders have a way of seeing things, but choose to keep to themselves. In our case, we have supportive families who never judged us. My parents thought we were friends and when I told them about the engagement they were thrilled.”

He added that as a representative for the Lesbian, Gay, Bisexual, Trans and Intersex (LGBTI) community, he was able to deal with negative comments from others. Sitting other people down and explaining his choices was not much of a task, but others would not hear any of it.

If their friends and family were happy for them, what could  have stopped them  from officially sealing their union? After putting a ring on it, they started planning their wedding and had set a date, but had to postpone due to unforeseen circumstances. On September 14, 2019 they finally said their vows.

“We’re enjoying every moment of our marriage, you can tell from the glow and weight gain,” they chuckled.

“We weathered many storms before deciding to get married, so we can confidently say we have a strong bond and we are mature enough to handle anything that comes our way. We’ve often heard people saying marriage comes with a lot of challenges and baggage, but for now, we beg to differ. We love each other and wouldn’t have it any other way.”

Valentine has a child from a previous relationship, but in future, they plan to adopt more children.