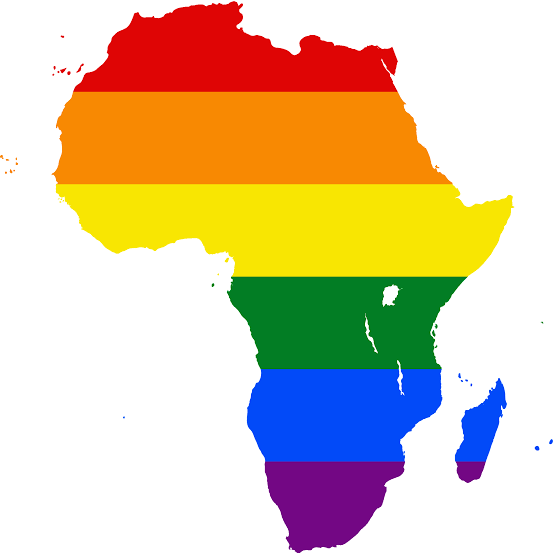 For years African culture has oppressed homosexual people. It has made it uneasy for men who who love other men vice versa to freely love whoever they want to love. It some how seems as though traditionalists believe that homosexuality is not African but Western. This proves that; in the history of sexual orientation people were scared of coming out to the public for certain reasons. In the research done, most were scared because: they could be seen less of a man, they will be disowned by families, they will be seen as disgrace, they'd be put in forced marriages, it will cause feud between them and family etc.

Homosexuality has always been there. People find it hard to believe because they were lead and narrowed by customs of the society. Unlike the generation we live in, you choose how little information you want and how advanced you'd like to be. Some still adhere to the etiquettes of their grandparents, some listen to what was said to be right in the past and break the circle in the present. In facile means, you now have a right to believe in what works for you.

In 2006, same sex marriage was given the right to be lawfully practiced by those who have the will to practice it in South Africa. It was unlimited liberty. However, since South Africa is within the African continent, part of men and women still feel provoked by this practice set by the state. They'll often say," We grew up in an environment where women were women and they did what a woman is supposed to do and men obeyed to what a man was set to do, not this cheesy lifestyle you guys see on tv and think it's African." These are the mere comments keeping our fellow brothers and sisters caged fighting with who they truly are meant to be. They think it's wrong, when the truth is they'll be living the honest truth.

Ignorance plays a big role in the revolution of the times we live in. For as long as the homosexuals existed, it's clear that people have turned a blind eye to the LGBTIQ+ who embrace openly being Lesbian, Gay, Bisexual, Transgender, Intersexual and Queer. "The progenitors must be mad," these are some of the statements that make people refuse the will to learn and understand what it is to be homosexual instead of wanting to live in the past when the present has so much revolution.